Capron – Harvey Drewry (H.D.) Everett Jr., 82, passed away at his home surrounded by his loving family on February 25, 2014 after a long illness. He was predeceased by his father Harvey Everett, Sr., his mother, Alice Avent Everett and his son, Barry W. Kendrick.

H.D. was born in Southampton Co. (Joyner, VA). He was a lifetime member of Joyner United Methodist Church where he served as Lay Leader, Superintendant, Trustee, Teacher and instrumental in planning and building of classrooms and Fellowship Hall. He was a retired supervisor with Georgia Pacific and was a charter member of the Joyner Gray Yale Ruritan Club where he served in numerous capacities and was honored as Ruritan of the Year. He was also a charter member of Joyner Hunt Club. H.D. was an avid reader and loved to hunt and fish but foremost he loved spending time with his family.

The funeral will be held at 2 p.m. on Friday, February 28, 2014 at Joyner United Methodist Church with Pastor Nancy Palmer officiating. Burial will follow in the church cemetery. The family will receive friends from 6 to 8 p.m. Thursday (today) at Wright Funeral Home, Franklin. In lieu of flowers, the family suggest memorials be made in his memory to Joyner United Methodist Church, C/O Jeannette Everett, 17413 Everett Rd., Capron, Va. 23829. www.wrightfuneralhome.org 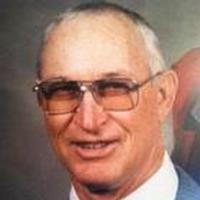