Chesapeake – Jack W. Peoples, 81, passed peacefully into the arms of his Savior on March 7, 2014, surrounded by family. He was a life long native of Norfolk County and the City of Chesapeake. He graduated from Great Bridge High School and the Fort Smith School of Auctioneering. He had a respectable career as a farmer and auctioneer. Most of all, he will be remembered as a devoted family man and friend.

Totally dedicated to his family as a loving husband, father and grandfather, Mr. Peoples was also passionate about serving his church and his community. He was a Ruritan For Life as a member of the Hickory Ruritan Club for over 50 years serving as secretary, vice-president and president. He raised money for community projects conducting annual auctions for many of the local Ruritan clubs. He was twice president of the Chesapeake Farm Bureau and was active on the board of directors. He served on the community Agricultural Stabilization and Conservation Services Committee for 25 years and was elected chairman of the Chesapeake ASCS City Committee in 1978. He was as member and past director of the Chesapeake Chamber of Commerce. For 45 years, he served as auctioneer for the cities of Virginia Beach and Chesapeake Chamber of Commerce 4-H Livestock Show and Sale, always giving generously of his time. He was a member and past president of the Virginia Auctioneers Association, a member of the Auctioneers Association of North Carolina, a member of the National Auctioneers Association and a member of the International Society of Personal Property Appraisers. He also served as chairman of the Virginia Auctioneers Regulatory Board for the Commonwealth of Virginia from 1989-1997. He was appointed to the Chesapeake School board in December, 1966, and served on that Board for 14 years. He served for numerous years on the Executive Committee of the Atlantic Rural Exposition (State Fair of Virginia). For 18 years he served on the Board of Directors of the Bank of Currituck. He was a member and past chairman of the Board of Deacons of Pleasant Grove Baptist Church and was currently a member of Hickory Ridge Community Church.

The family requests that in lieu of flowers, contributions be made to the Building Fund of Hickory Ridge Community Church. 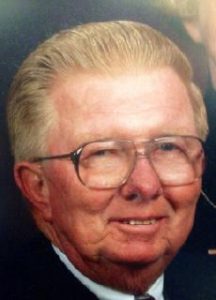