CHESAPEAKE – James White Walston, age 92, passed away Monday, May 26, 2014 and is now reunited with his beloved wife, Marian Curling Walston. He was born in Weeksville, NC on April 27, 1922 to Durant Barco and Sarah Elizabeth Walston. He was the youngest of 5 children, all who have passed before him. Growing up on farms in NC and VA, James enjoyed the smell of fresh tilled soil and loved being involved in raising and harvesting crops on his farm and those of friends. He served in the Navy during WWII at the Pearl Harbor Submarine Base repairing electronic systems. After WWII, James helped build the Naval Support Activity-Northwest Annex Base in Chesapeake, VA. After 32 years of government service, he retired as an Electronics Maintenance Supervisor at Northwest. James delighted in trouble shooting and solving electric problems on the base. In later years, he used his electrician fine motor skill to build a replica of the original Great Bridge Bridge that is on display at the main branch of the Chesapeake Public Library. James visited several elementary schools to share living history with students as he relayed tales of how things were in “olden” times……log cabins, hog killing, horse and buggies, tally marks, and more.

James is survived by numerous nieces, nephews, and cousins as well as his dear friend and outing partner, Anna Commander – who encouraged him to think of ways to live instead of death. His many stories and sense of humor will be missed by all. Though not blessed with children of his own, he shared his love and time with many who, though not related, thought of him as an uncle or special granddad. As we cherish his memory, he will always hold a special place in our hearts. He was our family’s link to the past, a different time and age that he remembered so vividly.

Special thanks is extended to the staff of Georgian Manor, Hospice and Palliative Care, family and friends who visited and rendered comfort so often. 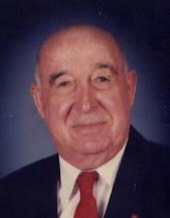