Chesapeake – Gerald Teeuwen, who was born in Eindhoven, The Netherlands on May 10, 1935 lost his courageous battle with lung cancer on July 19, 2014. He was a lifelong athlete and non-smoker.In April 1952 he immigrated into the United States along with his parents and siblings on the ss Veendam. The family lived in Beltsville, MD for a time and then moved to Norfolk, VA.Gerald served in the US Army 3rd Armor Spearhead Division (1958 1961) in Frankfurt. Germany; where he met his wife. He was a reservist from (1961- 1965).In 1967, he founded Teeuwen Greenhouses in Chesapeake, VA.His passion for cycling was well known. He served as a USCF Cycling Representative for several decades, was an original member of the National Capitol Velo Club of Washington, DC and a founding member of the Tidewater Bicycle Association. He promoted bicycle races throughout Virginia and Washington DC since the early 1950’s.He traveled throughout the United States and numerous countries to participate in bicycle races; including the National Championships in New York, Washington State and Florida, the World Championships in Austria 1984, and various races in Canada, Spain and Germany.He was also a member of the Grassfield Ruritan Club and also enjoyed going to the Old Dominion University Economics Club meetings.In later years, he continued to operate his own business, helped promote bicycle racing and officiated at numerous bicycle races.For him, nothing was better than going for a bicycle ride with his family members, many of whom share his passion.He is survived by his wife of 53 years, Sonja Fischer Teeuwen, children, Christina Teeuwen and husband Herbert Taute, John Teeuwen and grandson Carter Teeuwen, one brother and three sisters.A Memorial service will be held at 5:00 p.m., Friday, July 25, 2014 at the Great Bridge Chapel of Oman Funeral Home & Crematory, 653 Cedar Road, Chesapeake. A reception will follow at Cahoon Plantation Golf Club on Cahoon Pkwy., Chesapeake. 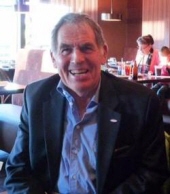