Robert Nathan Perry, 81, of 1724 Whaleyville Blvd., Suffolk, VA, passed away on Friday, November 28, 2014 in Sentara Obici Hospital. Mr. Perry was born in Nansemond County on August 5, 1933, and was the son of the late J. Starkie and Virginia Samuels Perry. A retired salesman with Starr Motors after 29 years of employment, he was a life-long member of Liberty Spring Christian Church, a Deacon Emeritus, and had served on many of the churches boards and committees. A charter member of the Liberty Spring Ruritan Club where he had Perfect Attendance for over 50 years, he had served as a District Governor of Ruritan, and was an honorary member of both the Suffolk and Cypress Chapel Ruritan Clubs. Robert loved people and helping others, and among his enjoyments were selling fund raising tickets for clubs of which he wasn’t even a member, so much so that it was said, “he could sell an electric fan to an Eskimo”. In addition to his parents, he was preceded in death by his brothers, Starkie E. and Charles T. Perry. Surviving are his wife of 56 years, Faye Carter Perry; his daughter, Debbie Butler; granddaughters, Jenna McKenney and husband Charles and Ashley Carr and husband Brian; his sister, Ellen Jones and husband Webb; two sisters-in-law, Jean and Doris Perry; and several nieces, nephews, and extended family members. Funeral services will be held Wednesday at 2:00 p.m. in Liberty Spring Christian Church by the Rev. Allen Lancaster. Burial will follow in the church cemetery. Friends may join the family Tuesday from 6:00 to 8:00 p.m. in the church, and all other times at the residence. In lieu of flowers, contributions may be made to Liberty Spring Christian Church Pantry Fund, 4213 Whaleyville Blvd., Suffolk, VA 23434. Miller Funeral Home, 304 Main Street, Gatesville, NC is assisting the family with arrangements and online condolences may be made by visiting www.millerfhc.com. 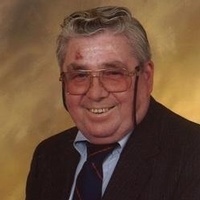