William Cordie Andrews, Jr., 89, of Surry went home to be with the Lord on Sunday, December 7, 2014. Mr. Andrews was a loving husband and a devoted father, grandfather and great-grandfather. He was a member of Surry United Methodist Church and the Surry Ruritan Club. Mr. Andrews served his country in the United States Navy and retired from the Surry County Sheriff’s Department after 33 years of employment, serving as a deputy for 10 years and as sheriff from 1967 to 1990. He loved his job and the people he served. He lived a long life and lived it as he wanted. Mr. Andrews was preceded in death by his parents, William Cordie Andrews, Sr. and Mary Lucinda Baker Andrews; his wife, Ruth Savedge Andrews; a son, William Cordie Andrews, III; a brother, John Henry “Jack” Andrews and a sister, Mary Elizabeth Andrews Rollings. Left to cherish his memory are his daughters, Cindy A. Price and husband, David of Waverly and Helen A. Panags of Elberon; grandchildren, Amy Edwards, Michael Price, Demetra Morgan and James Panags; great-grandchildren, Preston and Wyatt Edwards and a brother, J. Richard Andrews and wife, Carol of Wakefield. The family will receive friends Wednesday, December 10, 2014 at R.W. Baker & Co. Funeral Home 11414 General Mahone Hwy Wakefield, VA 23888 from 6 to 8 pm. A funeral service will be held at 11:00 am Thursday, December 11, 2014 at Surry United Methodist Church with Rev. Ray Rowland officiating. Burial will be private. In lieu of flowers, memorial contributions may be made to Surry United Methodist Church, P.O. Box 118 Surry, VA 23883 or the Surry Volunteer Rescue Squad, P.O. Box 188 Surry, VA 23883. Condolences may be posted at our website, www.rwbakerfh.com. 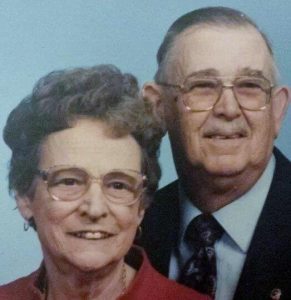