Ritchie Allen Jordan, 86, passed away on Thursday, December 18, 2014 at his home. He was the son of the late Charles D. Jordan and Marie Saunders Jordan. He was also predeceased by his loving wife of 53 years, Mildred Carter Jordan; sisters, Marie Melton and Francis Jordan; brother, C. Frank Jordan; and granddaughter, Brittany Anne Gudger. Ritchie was born in Nansemond County on a family farm in King’s Fork. He graduated from Chuckatuck High School in 1945, and later from V.P.I. VA Tech in 1949. He was a life- long member of Providence United Methodist Church where he served as a Sunday-School teacher from 1948 until the present. Ritchie gave many hours of service to the pork industry, both in Virginia and nationally. He served on Suffolk Planning Commission and was the last active charter member of the King’s Fork Ruritan Club, joining the group in 1949. He is survived by his children, R. Keith Jordan and wife, Peggy of Suffolk and Zola Cate “Kay” Gudger and husband, David of Warwick, MD; three grandchildren, Zoey Gudger, Josey Gudger, and Luke R. Jordan. A funeral service will be held at Providence United Methodist Church, 3105 Providence Rd., Suffolk, VA on Tuesday, December 23, 2014 at 11:00AM with Rev. Garland Hines officiating. Burial will be at the Nansemond Suffolk Cemetery. Visitation will be held on Monday, December 22, 2014 at R. W. Baker & Co. Funeral Home and Crematory, 509 W. Washington St., Suffolk, VA from 6 until 8:00PM. In lieu of flowers memorial donations may be made to Providence UMC Memorial Fund or to the charity of one’s choice. Condolences may be registered at RWBakerFH.com. 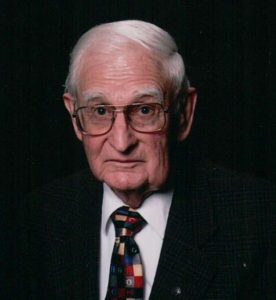