Raymond Perry Rusnak, Sr., 82, of Disputanta passed away on Wednesday, December 24, 2014. Raymond is preceded in death by his parents, George W. and Alice Evans Rusnak; a sister, Alice Shaffer. Raymond served his country proudly in the military and retired as a Sergeant Major. He also retired from Allied Signal (Honeywell) after 41 years. He was a lifetime member of the Disputanta Ruritan Club with 20 plus years, a charter member of the Prince George Emergency Crew, lifetime member of the Hopewell Moose Lodge #1472, member of the board of directors for the Prince George County Farm Bureau, a lifetime member of the Prince George Lodge No.115 A.F.&A.M.. He is survived by his loving wife, Esther B. Rusnak; son, Raymond P. Rusnak Jr. and his wife, Susan; daughter, Alice Weathers and her husband, Phillip; granddaughter, Tiffany Williams and her husband, Jon; great grand-children, Addison Williams, Jonathan M. Williams Jr.; brother, John D. Rusnak; close family member, Thomas Wiley and his wife, Lynette; numerous nieces, nephews, and other extended family and friends. The family will receive friends from 6pm to 8pm on Monday, December 29, 2014 at the Hopewell Chapel of J.T. Morriss & Son Funeral Home and Cremation Service with a Masonic service to begin at 6pm. A funeral service will be held at 11am on Tuesday, December 30, 2014 at the funeral home. Interment will be private. In lieu of flowers, memorial contributions may be made to Disputanta Ruritan Club, P.O. Box 157, Disputanta, VA 23842 or the Prince George Emergency Crew, P.O. Box 308, Prince George, VA 23875. Condolences may be registered at www.jtmorriss.com. 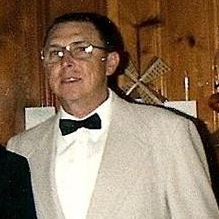