Born in Norfolk, VA and a 1955 graduate of Smithfield High School, Bob treasured the friends that he made during his 48 years in Franklin. He was a member of Franklin Baptist Church, the Hunterdale Ruritans, and a retiree of Union Camp Corporation.

“Granddaddy Bob” never met a stranger, whether it was on the golf course, fishing pier, or softball field. He will be remembered for his generosity, good-humored personality, words of wisdom, but most of all for his love of family. Throughout his life, Bob was a devoted son, loyal & romantic husband, nurturing father, doting grandfather, faithful Christian, and good friend.

Funeral services will be conducted on Friday, August 21st at 11 am at Franklin Baptist Church, Franklin, VA. The family will receive visitors in the church fellowship hall immediately following the service. Interment will be at Poplar Spring Cemetery after the reception.

Memorial donations may be made to Franklin Baptist Church. www.wrightfuneralhome.org. 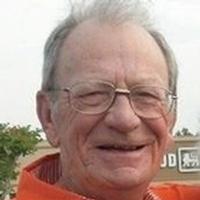