John Milton Jory, Jr., 82, passed away September 26, 2015. He was born in Fredericksburg, VA the son of the late Josephine G. and John M. Jory, Sr. He was predeceased by his brother, Gordon Jory. He was a veteran having served in the United States Army. He later went on to work and retired after 36 years as a Construction Supervisor from Newport News Shipbuilding. John was a member of Magnolia United Methodist Church. He was also a member of the Magnolia Ruritan Club, Post #57 of the American Legion, The Progressive Club of Newport News Shipbuilding, The Progressive Club of Suffolk, The Travelers Protective Association of America, Marshall Hunt Club, and the Hardees Breakfast Club. He was an avid Nascar and N.Y. Yankees fan and loved “his” bears.

A funeral service will be held Wednesday, September 30, 2015 at 2 p.m. at Parr Funeral Home & Crematory with Rev. Michael Harrington officiating. Burial with military honors will follow at Bethlehem Christian Church Cemetery. Friends may join the family Tuesday night for a visitation at the funeral home from 6:30-8 p.m. Memorial donations may be made to the National Parkinson Foundation at 200 SE 1st Street, Suite 800, Miami, FL 33131. Condolences may be registered online at www.parrfuneralhome.com. 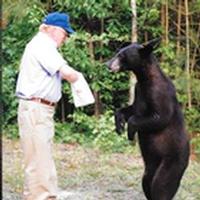