Franklin- William Harold “Billy” Blankenship, Sr., 83, entered into his Savior’s loving arms February 20, 2016 surrounded by his entire family. Born August 15, 1932 in South Carolina and reared in Franklin, VA, Billy was a son of the late Earl D. Blankenship, Sr. and Eugenia Scott Blankenship and was predeceased by his beloved sister, Kathleen B. Magazu.

He was a Coast Guard veteran and attended Old Dominion University. Billy was a former employee of Western Electric telephone Company in Virginia Beach, former owner and operator of B&B Landscaping in Virginia Beach and had retired from Hercules Incorporated in Franklin. After his retirement he enjoyed fifteen years of making medicine deliveries for Parker Drug Store. Billy was a former member and Deacon of Hunterdale Christian Church and was a member of Franklin Congregational Christian Church. He was a member of the Hunterdale Ruritan Club and a lifetime member of Black Creek Hunt Club.

A funeral will be conducted at 2 PM Thursday, February 25, 2016 in Wright Funeral Home with the Rev. James H. Hyatt, Jr. and the Rev. Matthew Kidd officiating. Burial will military honors will follow at Poplar Spring Cemetery. The family will receive friends Wednesday from 6 to 7:30 at the funeral home and suggests memorial donations be made to the Cystic Fibrosis Foundation. www.wrightfuneralhome.org 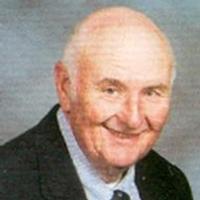