Samuel Whitelock Purviance, age 94, a resident of Wakefield VA died peacefully in his sleep on Saturday, February 20, 2016. Born September 12, 1921 in Huntington Indiana, he was the son of the late Harmon Montgomery Purviance, JR and Annetta Whitelock Purviance. Sam is survived by Hilda Wills Purviance, his beloved wife of 73 years married September 26, 1942; two sons, Samuel Wills Purviance Terri, and Thomas Whitelock Purviance John Salventi; sister, Mary Belle Futrell; seven grandchildren, W. Gregory Ewald, Ronald A. Ewald Melissa, Samuel W. Purviance II Sunni, Mary Alice Purviance, Felicia S. Pompa Tony, Amy M Bohn Jeremiah, Michael L. Haselberger Nicole; nine great grandchildren; two great-great grandchildren, and many nieces and nephews. He was predeceased by a brother, H. “Monty” Purviance III, two sisters, Nanette P. Kirkland, Jean P. Stephenson, and daughter-in-law Alice A. Purviance. Sam became a licensed funeral director in the Commonwealth of Virginia in June of 1942. Along with his wife Hilda, he owned and operated Purviance Funeral Home in Wakefield for nearly 50 years. He also operated funeral homes in Boykins and Jarrett, VA. He was a former president of the Tidewater Funeral Directors Association in the early 1950’s. He was instrumental in organizing the Virginia Eye Enucleation Program in the 1960’s, a program that has given sight to thousands of Virginians over the years. He was 1938 graduate of Boykins High School, attended Hampton-Sydney College, and was a graduate of Cincinnati School of Embalming in 1942. All of his life Sam contributed to his community. He was a former mayor of Boykins, VA in the late 1940’s; a member of the Wakefield Town Council and the Sussex County Planning Commission; he was a Boy Scout troop leader, and active member and past president of Wakefield Ruritan and Waverly Rotary Clubs. Sam was a 32nd degree Mason of Wakefield Lodge No. 198 AF & AM and a Shriner Kedive and Acca Temples. Sam was a faithful member and Sunday School teacher of the Wakefield United Methodist Church, and had served as Chairman of the Administrative Board. He was also a member of the Dendron and Surrey Historical Societies. He was a WWII veteran of the Virginia National Guard. An avid golfer and sportsman, he was a former club champion of Cypress Cove Country Club in Franklin, VA. He was proud to have been a founding member of the Board of Directors of the Waverly Volunteer Rescue Squad. Friends and family are invited to pay their respects at R.W. Baker & Co. Funeral Home and Crematory, Wakefield Chapel on Tuesday February 23, 2016, from 9:00 am to 8:00 pm. There will be a private burial in Wakefield Cemetery. A memorial service will be held at Wakefield United Methodist Church on Wednesday, February 24, 2016, at 1:00 pm, with the Reverend Curtis D. Lucy officiating. Following the memorial service a reception will be held in the fellowship hall of the church. The family suggests memorial donations be made to the Wakefield United Methodist Church, or to the Wakefield UMC Preschool, PO Box 87, Wakefield VA 23888-0087. Condolences may be registered at www.rwbakerfh.com. 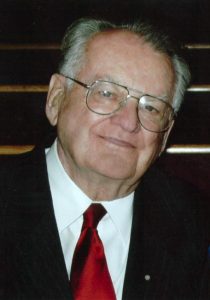