Robert Andrew Elko, 86, of Chesapeake passed peacefully to be with the Lord, Saturday, March 12, 2016.

Born in Southwest (Hecla), PA, Bob was the son of the late Andrew and Helen Elko, and was also predeceased by his first wife of fifty years, Gloria Margaret Elko and his brother, Lloyd Elko. Bob was a graduate of Hurst High School, Norvelt, PA. He was a U.S. Navy veteran of the Korean War. He retired as a Vice-President from J.P. Morgan Bank, New York City, after 36 years. Bob also had the honor of being named the first Corporate Fire Safety Director for New York City. He was a 25-year member of the Deutscher Club of Clark, NJ. He was a member of the Grassfield Ruritan Club, where he enjoyed many years of community service. He was a member of Prince of Peace Catholic Church, where he served as a council member, and was a 4th Degree Knight in the Knights of Columbus.
Survivors include his wife, Martha Whisenhunt Elko; a daughter, Susan Elizabeth Harris and husband Hillie; a son, Thomas Matthew Elko and wife Anne Marie; four grandchildren, Christina Elko, Matthew Elko, Juliana Harris and Justin Elko; a sister-in-law, Elizabeth Elko.

A Mass of the Resurrection and Knights of Columbus Chalice Ceremony will be celebrated at 10:00 a.m., Saturday, March 19, 2016 at Prince of Peace Catholic Church. The interment will follow in Chesapeake Memorial Gardens.

A prayer service will be conducted at 6:00 p.m. Friday with the family receiving friends afterwards until 8:00 p.m., at Oman Funeral Home & Crematory, Chesapeake, VA.

Memorial donations may be made to the Leukemia and Lymphoma Society. 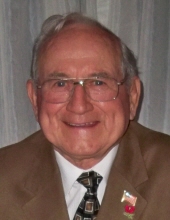