Windsor – Henry Rawls Griffin, age 80, passed away on Monday, March 28, 2016. He was born May 29, 1935 in Isle of Wight County and was the son of the late Robert Lee and Ivey May G. Griffin. He was predeceased by brothers, Robert Lee Griffin, Jr. and Francis Seward Griffin, and daughter-in-law, Jane Brusky Griffin. Henry was a 1953 graduate of Windsor High School and a 1957 graduate of Polytechnic Institute University with a BS Degree in Agricultural Education. In 1957, Henry graduated, married, and moved to Tappahannock, VA, where a job was waiting for him. He worked for the Virginia Department of Extension Service in Essex and Middlesex Counties and later Nansemond County. He later went to work for Gwaltney, Inc., Smithfield, VA, as an Assistant Manager of Procurement. He retired under Smithfield Foods after 39 years.

In 1994, the organization of the Southeast Swine Producers awarded him the Virginia Pork Industry Association Service Award for 45 years of Service in the Pork Industry. He served in United States Army Reserves for six and a half years.

Henry was a life-long member of Woodland United Methodist Church, where he served Chairman of Board of Trustees for over 40 years, sang in the choir, taught Sunday School, served as Superintendent of Sunday School for many years and chaired the Administration Council. Henry was a charter member of the United Methodist Men and was the last surviving Charter Member. Henry received special recognition for his faith and dedication to Woodland Church, he was presented with a pin and certificate and a special gift to Missions was made in his honor. He was also a member of the Isle of Wight Ruritan Club, Past President for several years and was Zone 5 Governor of Holland District in 1971, and a member of Orbit Hunt Club. 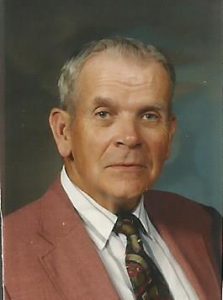