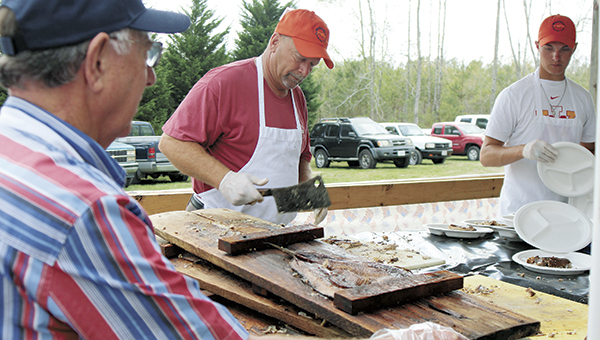 At the Wakefield Ruritan Club’s 65th annual Shad Planking in 2013, Bob Felts delivers planks of cooked shad to Mike Winchell and Reid Holdsworth, who swing their meat cleavers to chop it into plate-size portions. This year’s Shad Planking, coming up next month, will feature several changes, including wineries and distilleries offering samples on site.

A traditional event in the Virginia political scene is getting a makeover this year.

The 68th annual Shad Planking on April 22, hosted by and benefiting the Wakefield Ruritan Club, will include a “Grapes and Grains Festival” this year, during which the thousands of attendees will be able to sample and purchase the wares of about 10 wineries and distilleries.

Chris Simms, chairman of the Shad Planking committee, said the club has been looking at ways to reinvigorate the event.

“As Virginia politics and politics in general have declined a little bit, we’ve seen our attendance decline along the way,” Simms said.

But just as Virginia is known for its politics, it has started to become known for its wineries and distilleries as well, he said.

“We looked at that as an opportunity to bring in some of the other things Virginia is doing well,” Simms said.

Everyone at the event will receive a tasting glass to enjoy samples from the wineries and distilleries. They can also purchase the ones they enjoy.

Front-and-center entertainment will also be a focus of the renewed event. Jackson Ward, a regionally well-known country band from the Richmond area, will perform. Simms said smaller local bands have been the norm in past years.

Of course, some things haven’t changed. The event still will serve up its namesake shad and shad roe, but there will not be a full meal, Simms said. Food trucks will be on site for people wishing to purchase additional food.

nd, of course, there’s the politics, which also feature a change. While past events might have had one to three political speakers, there are eight lined up for this event, with late addition possible.

“That is a significant change,” Simms said.

“It really covers a wide range of bipartisan candidates,” Simms said. “Even though it’s always been referred to as a conservative event, we pride ourselves in trying to be bipartisan, giving everybody an opportunity to come together and having a nice, relaxed atmosphere where everybody can get along and share their opinions.” 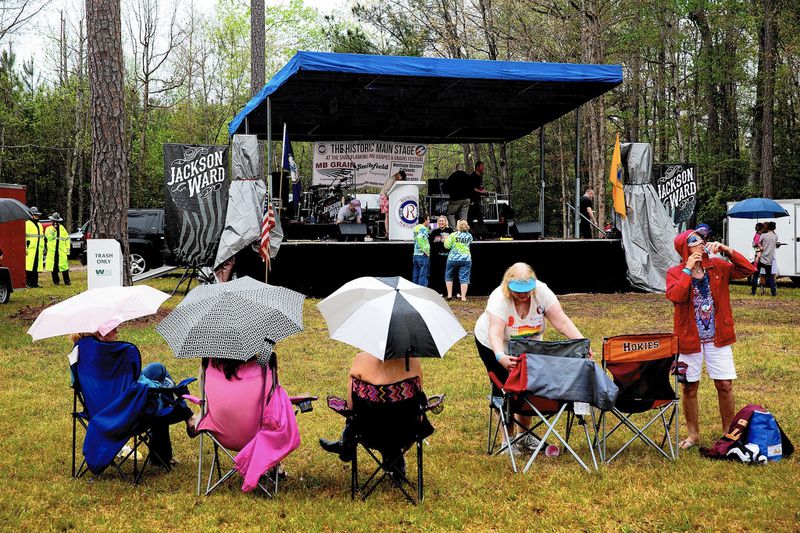