Esther Bresko Rusnak, 81, of Disputanta, passed away on Sunday, July 17, 2016. Esther was preceded in death by her husband Raymond P. Rusnak, Sr. and parents Henry and Lilly Bresko. Esther was a loving and devoted mother and homemaker as well as a secretary for 26 ½ years. In her early career she worked for the District of Columbia as Office Manager with the Department of Justice Civil Service. In her later career she worked for General Graham at Ft. Lee, VA. She also worked as Office Manager for several local attorneys in the area after retiring from Civil Service. Esther was a member of the worldwide organization of Christian Endeavor since the age of 12. She was a past president of the VA Christian Endeavor Union. Esther was a Christian Endeavor Youth Sponsor for many years as well as very active in her local church during her younger years. She was a very special woman who did a lot to shape many young hearts for Jesus.  She was a member of the Disputanta Ruritan Club also. 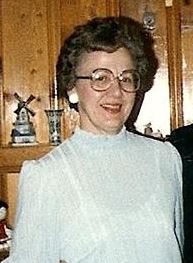