Newsoms- E. Beale Carter, Jr., 86, passed away on July 20, 2016 at his home in Newsoms with his family at his bedside. Beale was born in Roanoke Rapids, NC on September 28, 1929, a son of the late Etheldred Beale Carter, Sr. and Anna Vries Carter. He was also predeceased by his wife of 57 years, Martha Robinson Carter.

A graveside funeral will be held at 6PM Sunday, July 24, 2016 at Hollywood Cemetery, Newsoms with the Rev. Ian Hackmann and the Rev. Kenneth Williams officiating. The family will receive friends at the residence and suggests in lieu of flowers that memorial donations be made to the Newsoms United Methodist Church Trust Fund or a favorite charity. www.wrightfuneralhome.org 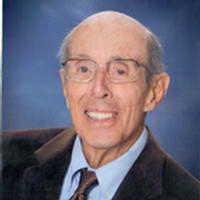