He was born Nov. 8, 1943, in Norfolk, Va., and was preceded in death by his parents, the late Sherman A. Summers Sr. and Hilda Summers; and his wife, Geri Summers.

Art was an extremely devoted and loving husband, father, pops, brother and friend to all who knew him. He dedicated many years serving families as a funeral director at Hollomon-Brown Funeral Home. He was a member of First Baptist Norfolk Church and a die-hard Washington Redskins and New York Yankee fan and a proud member of the Creekmore Hardware Store Coffee Club.  He was a member of the South Norfolk Ruritan Club.

The family will receive friends from 7 to 9 p.m. Saturday, July 23, 2016, at Hollomon-Brown Funeral Home, 1485 Kempsville Road, Virginia Beach, Va. The funeral service, led by Dr. Eric Thomas, will be at 3 p.m. Sunday, July 24, at First Baptist Church of Norfolk. A graveside service, led by the Rev. Ernest L. Trueblood, will be at 10 a.m. Monday, July 25, at Forest Lawn Cemetery.

Memorial donations may be made to C.H.K.D.

Condolences may be offered to the family at www.hollomon-brown.com. 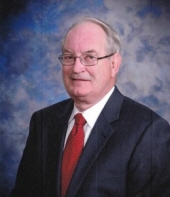