He leaves his wife of 48 years, Reesa (Harrison) Parker; his son, Justin Parker, and his wife, Michelle; his daughter, Audra Parker, and her husband, Kristien Zenkov; his siblings Doris (Parker) Ingram, Morris Parker, and Ann (Parker) Crickenberger; as well as many family and close friends. He was preceded in death by his sister Kathleen (Parker) Josey.

Born and raised in Altavista, VA, the son of Minnie Bell (Robertson) Parker and Leonard Talbert Parker, Pete was the first member of his family to go to college, graduating from Lynchburg College with a bachelor’s degree in Economics. In 1964, he joined the Army and spent a year in Korea as a military police officer. Upon his return to Lynchburg he met his wife, Reesa Parker, while teaching an accounting class at Phillips Business College. The two were married in 1968. After spending several years in Richmond, Pete took a position as Dean of Finance at Paul D. Camp Community College in Franklin, VA, where he proudly worked 37 years before retiring in 2009. He earned a Master of Science in Education from Old Dominion University and was an active member of the Southern Association of Colleges and Business Officers (SACUBO), a national organization, eventually serving as President.

Always a competitor, Pete excelled in baseball and basketball in his youth. During adulthood Pete grew particularly fond of golf, and he spent many days on the links with friends (and Bill Dixon) as a member of Cypress Cove Country Club. For years he was an active and dedicated member of the Hunterdale Ruritan Club. One of his favorite daily rituals was the morning trek for coffee with his friends at a local restaurant. Pete’s wife and children remember him as a loving, hardworking father who had a dry sense of humor and who always supported and encouraged them in pursuit of their goals.

The family will be hosting friends and relatives on Sunday, October 16, 2016 from 3:00-5:00 pm at Wright Funeral Home to honor Pete’s life. In lieu of flowers, the family asks that you consider donations to the Pete Parker Memorial Scholarship at Paul D. Camp Community College. For more information please email peteparkerscholarship@gmail.com. The family would like to thank the staff at Southampton Memorial and Sentara Obici Hospitals, as well as Courtland Heath & Rehabilitation Center, for their care in Pete’s final days. www.wrightfuneralhome.org 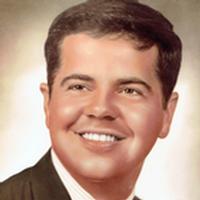