Silas Spencer Kiser, Sr., 92, died peacefully in his sleep on Veterans Day, Friday, November 11, 2016 in Smithfield, Virginia. He was predeceased by his wife Audrey and their two sons Spence and Wayne.

Silas was born September 24, 1924 in Carthage, North Carolina to Hilmer and Della Mae Kiser. One of four children, he left home early to enlist in the Army to fight in World War II. He earned the following awards for participation in the New Guinea, Southern Philippines and Luzon campaigns: the Asiatic Pacific Service Medal with 3 bronze stars, the Philippine Liberation Ribbon with 2 bronze stars, the World War II Victory Medal, the American Service Medal, and the Good Conduct Medal. He was an amphibious landing craft driver in the Pacific campaign and part of the occupation force in Hiroshima, Japan after the bomb was dropped. He finished his service as an Army Air Corps heavy truck driver and aircraft refueler in San Antonio, Texas.  He was a member of the Kings Fork Ruritan Club.

Audrey and Silas met during the war through letters they exchanged after his brother James married her sister Mildred. Audrey and Silas married after a very brief courtship in person and celebrated 68 years together before Audrey passed away.

A funeral will be held at 11 AM, Tuesday, November 15, 2016 at Providence United Methodist Church, Suffolk, Virginia officiated by the Rev. Garland Hines. Burial following the service will be at St. Luke’s Cemetery, Smithfield, VA.  The family will receive friends at the church before the funeral beginning at 10 AM. R.W. Baker & Co. Funeral Home and Crematory, 509 W. Washington St. Suffolk, VA is serving the family. Condolences may be registered at RWbakerFH.com. 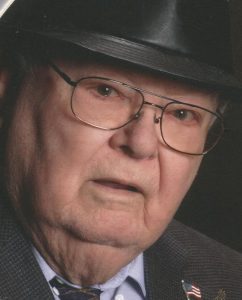