The Honorable William “Bill” James Collins Jr. departed from this life peacefully on Wednesday, March 15, 2017 on his family farm in Homeville, Virginia surrounded by those who loved him dearly. He was born on July 28, 1941 to Margaret Briggs Collins and William James Collins Sr. in Gaffney, South Carolina.

He spent his early childhood surrounded by a bevy of doting women, as his father was away in France during World War II. In the late 1940’s, his family returned to “Oakland,” the Briggs’ Family Farm where he had numerous run-ins with an errant mule and daily milked the cows at dawn. He attended school in Waverly, Virginia where he began an epic love affair with social interaction and civic engagement. He enjoyed 4-H summer camps and, thus supported 4-H throughout his life.

After working at the Waverly Rexall and spending innumerable hours plunking fish out of the Nottoway and adding to his antler collection, Bill finished high school in 1960. Following high school, he went to the College of William and Mary and enjoyed life as a member of the Kappa Alpha fraternity and worked at the King’s Arms Tavern. He completed his Bachelor of Science degree in 1964 at Campbell University in Buies Creek, North Carolina and chose not to go on tour with a singing group, but got a “respectable” job as a probation and parole officer, in Richmond, Virginia which turned out to be fortuitous as Bill met his future wife Stella, through Judy Thorpe, at the Medical College of Virginia.

Soon after meeting Stella, at the behest of the Army, Bill joined the Navy having passed the test to enter Officer Candidate School at William and Mary. Upon training in Newport, RI and Coronado, CA as well as traveling the world aboard the USS Newport News, Bill was asked to take the helm as the Boat Commander of PCF 53 which afforded him the privilege and honor of defending this great nation and supporting a struggling ally in the waters of Cam Ranh Bay and An Thoi, Vietnam in 1967. It was a unique and coveted position in the US Navy and it was a defining life experience that shaped Bill’s future career choices, political engagement, and parenting skills. The friendships forged in the cauldron of war persisted throughout Bill’s life, and the “Swifties” were with him to the end with calls and emails and kind prayers for their shipmate “Rip” Collins.

Following Vietnam, Bill continued his career as a probation and parole officer before finding another calling with the Farm Credit System. Bill worked for 25 years helping farmers prosper and later as the Vice President of Administrative Services, making sure Farm Credit staff received fair and just compensation and the chance to work in a safe and secure environment. By the end of his career with Farm Credit, Bill had more than sixty employees under his supervision.

In the late 1970’s, Bill’s work with Farm Credit brought the Collins family to Hampstead, MD, where Bill became heavily involved with the Hampstead Lions Club and St. George’s Episcopal Church. He served on the Board of Trustees at Carroll Community College and the Maryland State Fair Board, in addition to providing continued support to 4-H programming in Maryland. He also entertained neighbors with fantastic barbecues, engaging storytelling, and backyard shenanigans for seventeen happy years. During those years, Bill enjoyed hitching the boat up to the family’s 1970 Cadillac hearse full of kids, bikes, and fishing gear to head south for the annual summer vacation at Gwynn’s Island. Despite what the lyrics to a popular country song suggest, Bill Collins proved that you can indeed have a hearse with a trailer hitch.

Upon retirement, Bill returned to his beloved Sussex County, built his current home on the family farm, and began a third career as an Auctioneer and Real Estate Agent for Briggs Real Estate. In 2000, Bill was elected to serve on the Sussex County Board of Supervisors. He remained on the Board until 2007, having served four years as Chairman. His work on the Sussex County Board of Supervisors continued as the judge-appointed tie-breaker vote. During his tenure on the Board of Supervisors, he helped Sussex County build new schools, upgrade technology, improve job opportunities, and survive the vagaries of Hurricanes Isabel in 2003 and Irene in 2011. In fact, on both occasions, Bill crisscrossed Sussex County delivering water and medicine to shut-ins and the elderly. His keen knowledge of dirt roads and wagon paths was unparalleled and he could get from here to there through the Big Woods on request even in a 40 mile an hour wind.

In addition to his work with Sussex County, Bill served as the President of Board for Horizon Health Services and the Waste Water Treatment Plant. He was also on the boards for the Gateway Region, and the Wakefield 4-H Center. Bill has also served the community as a member of the Waverly Ruritan Club since 1996, with twenty years of perfect attendance, and a stint as President and Song Chairman. He was Ruritan of the Year in 2011 and he delighted in cooking hamburgers at the ballfield. Bill also never missed the annual Shad Planking in Wakefield, VA and he has the ball caps to prove it. For the last five years, Bill dedicated himself to serving the Mission Ministries Food Pantry, driving his famed purple truck. 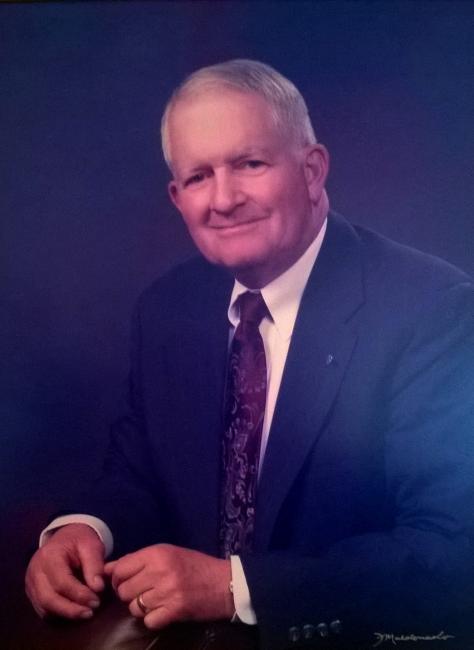