Paul began this life 2/22/45 in Niagra Falls, NY and moved to Richmond where he was active in M.Y.F. at Barton Heights Methodist Church and the cadet corps at John Marshall H.S. until graduating in 1963.  After graduation he joined the US Navy and served in Vietnam until being honorably discharged in 1967. He returned to Richmond and began working at the General Electric Co. and enrolled at VCU where he ultimately earned B.S. and M.A. degrees. In 1967 he also met his wife, June, and they were married in 1969. Over the next decade, Paul taught special education at Binford Middle School and welcomed sons Mark, Scott and Jeff. He was a member of Village Pres. Church, sang in the choir and served as an Elder.

Paul left Richmond for a job at Zuni Pres. Training Center and by the end of 1980, the entire family had moved to Zuni and woven themselves into the fabric of their new hometown and church family at Bethany.  Several years later, Paul returned to the classroom, again as a special education teacher, in Suffolk City Public Schools (Nansemond Pkwy Elem, Kennedy & Nansemond River H.S.).  He retired in 2007.  He was a member of the Zuni Ruritan Club.

After retirement, Paul doubled down his service to Christ through the Pilgrimage and at Bethany where he was an elder, sang in the choir, led Bible studies and preached on occasion.  It is only fitting that his life will be celebrated in Bethany Church on Sat. June 10, 2017 at 11 AM followed by lunch in the church fellowship hall.  In lieu of flowers the family requests that memorial donations be made to Bethany Church. 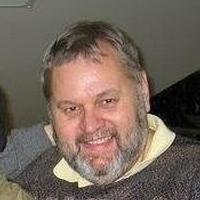