Frank Spencer Anderson, III, 80, of Emporia, VA passed away Wednesday, June 21, 2017, at home after a brief illness. He is survived by his wife, Helen Carter Anderson; two sons, Dr. Michael Anderson (Bonnie) and Todd Anderson (Terri); four grandchildren, Carter, Clarke, Christopher, Catherine and Richard Kramer. He was preceded in death by his parents, Frank and Lucille Kritzer Anderson. After graduating from MCV School of Pharmacy in 1959, he relocated to Emporia, VA where he owned and operated Anderson’s Emporia Pharmacy for over fifty years before retiring in 2013. It was a true joy for him to interact with his customers and employees and he considered them as friends. During his professional career, he was awarded Business and Business Person of the Year by the Emporia Greensville Chamber of Commerce and Award of Excellence by the Downtown Development Board. Mr. Anderson was passionate regarding community service. He served as a member of the National Guard. He was a charter member of Greensville Volunteer Rescue Squad, serving as its first operations officer. He was an active member and past president of Meherrin Ruritan Club and the Village View Foundation as well as a host of other community organizations. He was a member of Calvary Baptist Church where he currently served as trustee and choir member. In addition, he was past deacon chair and Sunday school teacher for many years. Visitation will be held on Friday, 6-8pm, in Echols Funeral Home Chapel. A funeral service will be held on Saturday, 2pm, in Echols Funeral Home Chapel followed by interment in Greensville Memorial Cemetery. In lieu of flowers, contributions may be made to Calvary Baptist Church or the Village View Foundation. Condolences may be sent to www.Echolsfuneralhome.com 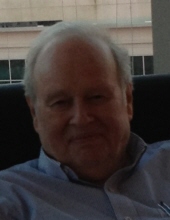