Robert E. Parker, Jr. ,89, went to be with the Lord on September 3, 2017. He was predeceased by his parents Jamie D. and Robert Elliott Parker, Sr.

Robert graduated from Suffolk High School in 1946 and immediately entered the Army, serving as a sergeant in the Finance Department. He graduated from William and Mary in 1951 with his BA, and re-entered the Army and served as a Field Artillery officer in the Korean War. Upon returning to civilian life in 1953 he started in the insurance business in Richmond VA. In 1956 he returned to Suffolk and founded Parker and Company, a general insurance agency and real estate brokerage firm. He was president and CEO for 43 years. In 1999 he sold his insurance division and placed his real estate license with Chorey and Associates.

A memorial service will be conducted on Wednesday, 11 AM September 6, 2017 at Hillcrest Baptist Church, 1637 Holland Road, Suffolk, VA 23434 by Pastor Ricky Garza. Burial will be private.  A visitation will be held in the R.W. Baker & Co. Funeral Home and Crematory, 509 W. Washington St. Suffolk on Tuesday from 6 to 7:30 PM. In lieu of flowers memorial donations may be made to Hillcrest Baptist Church Building Fund. Condolences may be registered at RWBakerFH.com. 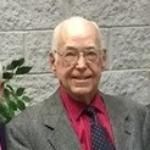