Billy Mitchell Kennedy, 75, passed away October 14, 2017.  He was born in Mingo County, WVA the son of the late Young and May Kennedy.  He was predeceased by his first wife, Brenda Copeland Kennedy; daughter, Carol Kennedy’; and brother, Dave Kennedy.  Billy retired as a printer from Vitex.  He was a member of Colosse Baptist Church.  He was also a member of the Holland Ruritan Club, Suffolk Moose Lodge, Nansemond Suffolk Golf Course, and Nansemond Suffolk Volunteer Rescue Squad.

A funeral service will be held Wednesday, October 18, 2017 at 2 p.m. at Parr Funeral Home & Crematory with Rev. Matthew Johnson and Rev. Wayne Blythe officiating.  Burial will follow at Colosse Baptist Church Cemetery.  Friends may join the family for a time of visitation prior to the service from 1-2 p.m. at the funeral home.  In lieu of flowers, donations may be made to Colosse Baptist Church Cemetery Fund or the Preston Robert Tisch Brain Tumor Center at Duke Cancer Center.  Condolence may be registered online at www.parrfuneralhome.com. 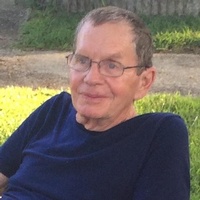