Donald “Don” Bagshaw, loving husband, father, and Papa, passed away peacefully on January 17, 2020. He was born near Hollidaysburg, PA on November 15, 1934, and graduated from Kutztown High School in May 1952, with a major in Vocational Agriculture. While in high school, he was a member of the Pennsylvania State FFA Band. He attended Penn State University 1952-1953 where he studied Animal Husbandry. He was also a member of the Penn State Blue Band and the Penn State ROTC Band. Don was employed by Penn State as a Dairy Herdsman and as a milk tester, keeping production records for farms throughout Berks County, PA. He was also a member of the American Legion band in Oley, PA.
Don was drafted into the US Army in 1958, where he served with the 392nd Army Band in Fort Lee, VA. Upon his discharge, he served in the 80th Division USAR Band at Ft. Lee until his discharge with a rank of SSG E-6 in 1967.
Don was employed with Virginia American Water Company, Hopewell District, as the Operations Superintendent – Distribution and Loss Control Manager. He retired in 1999, after 39 ½ years with the company.
In the 1970’s, Don was coach of the USSSA Class A women’s softball team, sponsored by Honey Bee’s Restaurant of Hopewell. In 1976, the team placed 13th in The World Tournament held in Petersburg, VA. Don also competed for 55 years in league bowling in the Tri-Cities area. He served on the Board of Directors of the former Petersburg District Bowling District for 18 years. Don bowled several years in The Commonwealth Games of Virginia where he won two Silver (1996, 2009) and two Bronze (2004, 2005) medals. He also participated in the State Games of America, held at Ft. Carson in Colorado Springs, CO. In March 2013, Don was nominated for membership in the Bowling Hall of Fame for the Appomattox River District Bowling Association.
Don was a member of the Scotch Valley Grange #510 in Hollidaysburg, PA for 69-plus years, the Lehigh Lodge #326 F & AM in Macungie, PA for 60-plus years, the Hopewell Moose Lodge #1472 for 40-plus years, and the American Water Works Association for 30-plus years. Don was a member of the Hopewell American Legion Post 146, the Prince George Ruritan Club and a Lifetime Members of the City Point Ruritan Club, Inc., where he was a Charter Member and Treasurer. Don was recognized by Ruritan National for his efforts in establishing City Point Ruritan Club. Don was also a member of the Disputanta Ruritan Club where he served as Past President and Vice President. He served as Past Zone Governor and Lt. Governor and member of Growth and Development Committee with Holland District Ruritan. Don was recognized as a Distinguished Ruritan Member in 2007 by Ruritan National.
Don served as the Treasurer in the South Centre’ Corridors Resource and Conversation Development Council and was inducted into the Hall of Fame in 2010. He was a member of the Prince George County Extension Leadership Council, where he served as Chairman. He was a former member of the Virginia Cooperative Extension Leadership Council representing Planning District 19 in collaboration with Virginia Tech.
Don served the Counties of Prince George and Chesterfield as Chairman and Treasurer of the James River Soil and Water Conservation District, from 2001 until 2020.
Don was a member of Vantage Point Federal Credit Union Board of Directors. He was elected to the Board of Directors in 2000 and served as Chairman from 2003 until 2020.
Don completed 40 years of service with the Virginia Dept. of Emergency Management as the Radiological Monitoring Instructor and Radiological Defense Officer for the Counties of Prince George and Surry and the City of Hopewell. He is a former member of Virginia Emergency Management Association and a former member of the Board of Directors of the Virginia Safety Association. Don was a Charter Member of the Hopewell Industrial Safety Council which later became the Hopewell Local Emergency Planning Committee. Don was a member of this group for 35 years.
Don was proceeded in death by his parents, Cloyd and Jean Bagshaw, of Hollidaysburg, PA. He is survived by his wife of 35 years, Mary Bolyard-Bagshaw; son, John A. “Tony” Bolyard (Carol); daughter, Shel Bolyard- Douglas (Chris); daughter, Lori B. Heflin (Dale); and estranged daughter, Teresa E. Bagshaw; grandchildren, Tiffany B. Morgan (Chris), J. Wesley Bolyard, Ian A. Douglas, Christie M. Douglas, Sydney D. Heflin and Logan W. Heflin; and great-grandchildren, Ryan Morgan and Nolan-Ann Morgan.
The family will receive friends 6:00 p.m. to 8:00 p.m., Thursday, January 23, 2020, and Friday, January 24, 2020, at J. T. Morriss & Son Funeral Home of Hopewell, VA; where a service will be held, 11:00 a.m., Saturday, January 25, 2020. Interment will follow in Merchants Hope Memorial Gardens.
In lieu of flowers, memorial contributions may be made to the American Cancer Society, 4240 Park Place Court, Glen Allen, VA 23060.
Condolences may be registered at www.jtmorriss.com. 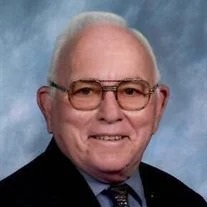