COURTLAND VA – Lewis Holmes Davis, Sr., 89, died June 11, 2020, at Southampton Memorial Hospital with family by his side. Born and raised in Courtland, VA, he was the son of the late Thelma “Jack” Hundley and Lewis Washington Davis. He was also predeceased by his loving wife of 62 years, Leona Williams Davis. A graduate of Courtland High School, Lewis Holmes was a Korean War veteran who served in the US Army from 1952-1954 and was in the 23rd Infantry Regiment 2nd Infantry Division. He received his Bachelor of Arts degree in History from Randolph-Macon College and his master’s degree in Education from The College of William & Mary.

Lewis Holmes served as Mayor of Courtland for 30 years and as Zoning Administrator for 2 years. He was a member of Courtland United Methodist Church, a former church trustee, and a Courtland Ruritan. A devoted husband, father, and Pops, Lewis Holmes was a true Southern gentleman. The family would like to thank his 5 loving caregivers for their care, love, and support.

Lewis Holmes is survived by two sons, a daughter-in-law and former daughter-in-law, four grandchildren, a special great granddaughter, 4 sisters-in-law, and many nieces and nephews.

A graveside service led by Rev. Bill McClung was held at 11 AM Tuesday, June 16, 2020, at Riverside Cemetery in Courtland. The family received friends Monday, June 15, 2020, from 7-8 PM at Wright Funeral Home in Franklin, and suggested memorial donations to Courtland United Methodist Church or a charity of choice. 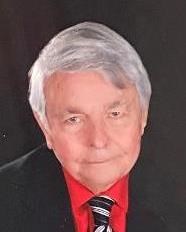