LILLY, Harry E. Sr., passed away on Friday, January 29, 2021, in Chesterfield, Va., at 81 years old. He was preceded in death by his parents, Dan Lilly And Vera Lilly; his wife, Phyllis Lilly; and his brother, Sherman Halstead. He is survived by his sister, Sue McCool; his three sons, Guy Lilly, Harry Lilly Jr. and Joe Lilly; and five grandsons, Morgan Lilly, Evan Gill, Connor Lilly, Hayden Lilly and Ethan Lilly. Harry was an Army veteran, having served a tour in Vietnam, where he qualified as an expert marksman. He later became a computer programmer and worked for both Philip Morris and Media General prior to his retirement. He was an active member in both the Knights of Columbus and the Burrowsville Ruritan Club, and coached soccer for many years in the Prince George and Hopewell Youth Leagues. As a resident of the Tri-City area for over 70 years, Harry was a well-respected and loved member of the community. His memorial service will be held at 12 p.m. on Friday, February 19, 2021, at Sacred Heart Catholic Church, where he and his family were members from 1992. 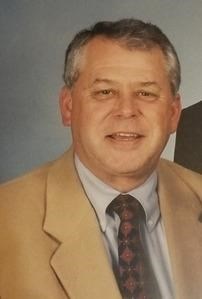