Richard William Brink, 96, passed away peacefully on June 19, 2021 as family and friends kept vigil by his side.

Richard was born in Springfield, Illinois on April 30, 1925 to the late William and Josephine Brink and grew up in Chicago, Illinois.

Richard was married to Doris, the love of his life for 67 years. They resided in the Etheridge Woods neighborhood of Chesapeake, Virginia. Together they raised six children. Son William and daughter Linda (Kupp) predeceased their father. Sons Richard and Robert along with daughters Diane (Neal) and Patricia (Johnson) are his surviving children. Best known as “Grandaddy” to all those who knew and loved him, he had twenty-three grand and great grandchildren.

Richard served proudly in the U.S. Navy and Coast Guard, receiving Honorable Discharges from both and often spoke of being on the USS Cepheus while in the Coast Guard. He liked seeing and writing to his old ship mates well into his 80’s.

Richard retired from USAA Insurance Company and spent his retirement with Doris and the family camping and fishing on the Outer Banks or taking weekends at Dover Downs. He was an avid gardener and liked making crafts.

Always one to be community minded, Richard became a member of the Hickory Ruritan Club where he served on several committees to raise money for many organizations. In recognition of his many years of service to the club and his efforts, Richard was chosen as Ruritan of the Year, twice. Richard will be remembered most for his kindness and dedication to family.

The family will be receiving family and friends on Saturday, July 3, 2021, from 12-1 pm at Altmeyer Funeral Home, 929 S. Battlefield Blvd., Chesapeake, Va., with a celebration of life service immediately following. In lieu of flowers the family asks you to make a donation in honor of Mr. Brink to the Hickory Ruritan Club, 2752 S. Battlefield Blvd., Chesapeake, Va, 23322. Express condolences to the family at www.altmeyerfh.com.

The family appreciates the prayers, support and kindness that the family and the friends of Richard had given him in the past years and months. 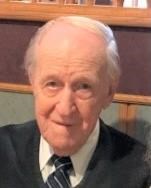