Richard Allen McGuire, 89, breathed his last on July 6, 2021; 11 days before his 90th birthday and 6 days after his beloved wife Esther died.

“Dick” or “Doodles” as he was nicknamed, was born in Pembroke, VA to Armstrong and Lucy Price McGuire. He grew up in Pearisburg, VA with his three brothers and one sister. All of them predeceased him.

In 1950, he graduated from Pembroke High School in Giles County. Jobs were hard to get, so “Dick” took a job sweeping floors and cleaning up the Norfolk & Western Railroad offices and storage buildings. In 1954, he was finally able to secure a position as a Locomotive Fireman. After much work and study, he was promoted to Engineer. He epitomized the notion that railroading in in the blood. “Dick” loved nothing more than driving one of the coal trains down from the mountains. Recognized for his work ethic, in 1973; he was promoted to Road Foreman of Engines and Trainmaster in Norfolk (Lambert’s Point). Ten years later, he went “on the rails” as an “on call” train engineer moving trains from depot to depot as needed. In 1987, he retired from Norfolk Southern Railroad.

“The final whistle has blown and he has passed from the last tunnel into the light.”

Memorial donations to the Shriners Hospitals, 645 Woodlake Drive, Chesapeake, VA 23320 will be appreciated. A private family service will be held. Condolences may be offered to the family at www.hollomon-brown.com. 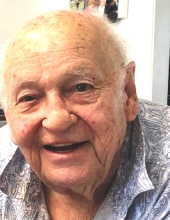